Home Stress Good to be Bad

Good to be Bad 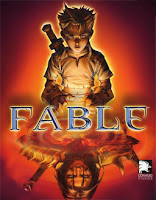 I like video games. I especially like roleplaying games that let you decide how to play the game. Games like Fable and Dragon Age are fun because you choose who your character turns out to be by the end of the game. Almost always in these games I choose the light side. I wear a halo in Fable, everyone in Dragon Age loves me. I never kill innocents. I don’t steal from good guys. I only kick an occasional chicken. In other words, I’m almost as saintly as I am in real life.

Every once in a while, however, I just have to be bad. Since I’m not fond of jail and I don’t have any chickens handy, I usually pull out a game that lets me get as mean as I want to be.

One of my favorites is Age of Empires III. In it you play the part of a European settler, conquering the new world via colonization. If you play by the rules, it’s a complex game of time and resource management that is both engrossing and instructive. It’s a little like Civilization, only less time-consuming and quicker paced.

If you don’t play by the rules, and you find the cheat codes, you can summon giant, red trucks that run over everything in their paths, leaving destruction in their wake. I find great satisfaction in letting the other, competing colonies build up to overwhelming levels and then smashing them into oblivion. On a particularly bad day I can do this for hours. 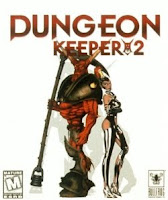 The humor in this game is dark, but very funny, and it’s a great stress reliever.

Tonight I just got a new game called Dungeons that looks like it might be a successor to Dungeon Keeper 2. I’m hoping it will be just as much fun and also work just as well as at relieving stress. I’ll let you know.