Home Germany 5 things you might not know about me

Things are relatively quiet in Beckyland, so I thought I’d try something different. Here are some things you might not know about me. Try to contain your excitement. 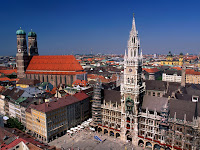 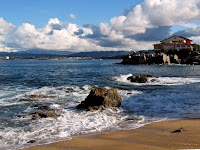 1) I went to high school in two countries. I started junior high in Colorado, moved to Germany where I attended Munich American High School up through my junior year of high school. Just before my senior year we moved to Fort Ord, California where I attended Seaside High School. One of the biggest differences was the view. In Colorado it was mountains, in Germany it was trees and in California we were right on the ocean. I remember having to shield my lunch from seagulls, which was a completely new experience for me.

2) My middle name is formed from the last part of my mom’s first name and her middle name. Gaylie Ann became Lianne. My sister’s youngest daughter has my middle name as does my cousin’s daughter. Bonus: I once convinced my friend that my middle name was LaWanda after refusing to tell her for months because it was too “embarrassing.”

3) I sing good morning to my three dogs, one at a time, every morning. Harley gets “Good Morning to You.” Scooter gets a version of Skidamarink which I call “Scootermarink.” Pixie’s is a variation on “Dixie” and begins with “I wish I were with Pixie, hooray, hooray!” and contains the lyrics “to live and fly with Pixie.” I know it’s dorky, but they love it and it starts my day off with a laugh every day.

4) I once planned to be a childrens’ librarian and sometimes wish I had followed through with that idea. I worked in the school library in Munich as part of a work study program. I loved it, especially helping the kids. Plus, I got to use the card “chunking” machine which had fascinated me for years. Those are long gone, thanks to computerization, but they used to cut a notch in the side of the card as they printed a due date on it. They made a very satisfying chunking sound, much more interesting than a beep from a computer. 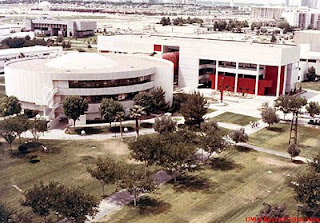 Later, in college, I worked at the library at UNLV and was there when they built the big, red cruise ship building to supplement the old round one. The old building had the slowest, scariest elevator I’ve ever been on.

Also in college, I worked at the law library downtown, where I spent a lot of time alone, taking out old pages and putting in new ones. Add the times I used to help my mom when she worked at the military library, and I’ve had quite a range of experience. I think I would have been good at it, but I like to chat while I work, and libraries have that whole quiet thing going on… at least they used to.

5) Although I limit myself to Rat Terriers and Rats now, I used to have a lot more. At my max I had 5 dogs, 9 cats, 1 rabbit and 3 birds. I’ve also had, my family had, hamsters, guinea pigs and gerbils. I’m much happier with Rats and Rat Terriers.

I was going to do a list of ten things for this, but I’m so long-winded, I think I’ll stop here. To be continued…