Mom and I went shopping tonight, just for something to do.  We ended up at Old Navy and she found a couple of items she wanted to try.  They had to let us into the dressing room, and since I had nothing to try on, but wanted to see how her stuff looked, I went in to keep her company.  When she realized that she wanted to try on something we hadn’t brought in, I went out to get it for her.

On the way out, I closed the door behind me. One of three or four women waiting for a dressing room commented to her friend, “She could have just left the door open,” and muttered something else that I missed.

I was in a hurry and a little annoyed at hearing this, so I just said over my shoulder as I walked away, “There’s someone else still in there, that’s why I closed the door.” I wanted to add something like, “I didn’t think you wanted to share with my mom,” but I refrained because I didn’t want to cause an incident.

When I got back to the dressing room with Mom’s skirt, I told her about the dumb biddy (I may have used another word starting with b, I can’t be sure) who was mad because I didn’t leave the door open for her.  As far as I was concerned, that was the end of it. A rude and impatient woman makes a snide comment, I explain a little abruptly and that’s it. Boy was I wrong.

We got up to the register and a woman about my age comes storming up wanting to know what name I called her mother. I had no idea which of the women had made the comment, so I had no idea who she was, and I hadn’t called anyone any name, so I was taken aback. I did call her a name, to my mom, in a private conversation, and not loudly. A lot less loudly than the original comment I had responded to earlier.

I denied calling her mother a name only to be informed that this was her MOTHER and she wouldn’t lie. So, Mom stepped in and said that I was her DAUGHTER and she should back off. This did nothing to defuse the situation since the woman just told her that being a senior citizen wouldn’t protect her, etc. I told Mom to ignore her and turned my back on them.

The entire time we were checking out, this idiot ranted and raved about the insult and told her mother (the one who would never lie, remember) that they should call the cops and tell them that I threatened her and get me thrown in jail.  It was insane.  We just ignored them, which just made her madder, but we left the store and headed down the street to a shoe store and they didn’t follow us. 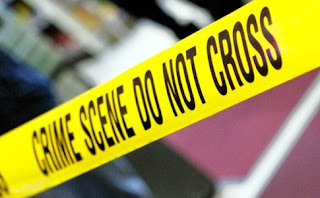 I have no idea what she was smoking to make her so nuts, but it was an interesting experience. I can only assume she was in the mood to pick a fight and I happened to get in her crosshairs. I’m just glad she wasn’t crazy enough to pull a gun.

There is nothing more dangerous than stupidity, unless it’s stupidity  with a gun.  Thank goodness this didn’t go that far.